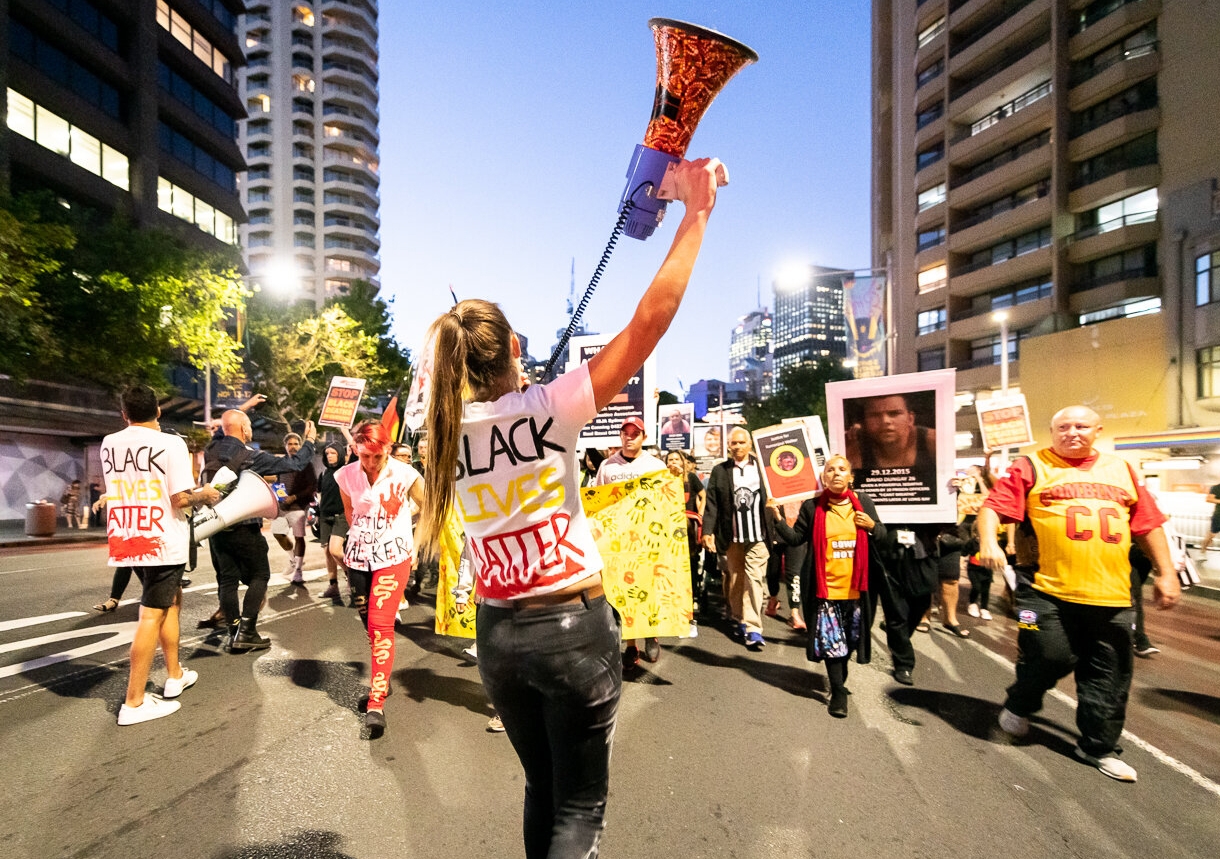 'This recognition is not for me, it’s for the ancestors who have been fighting much bigger battles before me.'

Vanessa Turnbull-Roberts’ voice echoes across the town square. In front of her, hundreds of people wave placards. The Bundjalung woman stands proudly, traditional body paint smeared across her face. The crowd fall silent as she speaks.

She then punches the air, her fist clenched tightly above her head. Her eyes pan across the hundreds of demonstrators, as they too raise their fists in solidarity.

“Let’s raise our voice for justice,” she yells.

The crowd erupt in cheers and they stamp their feet. Flags sway above the large knot of people, flickering in the golden sunset. Turnbull-Roberts starts to chant; she holds the microphone out to the crowd. Their response is deafening.

This is not a typical evening for most 22-year-olds. Yet, for Turnbull-Roberts, being on the front line in the fight against the injustices that affect First Nations people has become her daily existence.

Recognition for the whole community

This month, the UNSW Law student and writer was named as a finalist for the 2019 Young People’s Human Rights Medal. The Human Rights Award nomination highlighted Turnbull-Roberts’ advocacy in drawing attention to the prejudice faced by Indigenous peoples in statutory-care and in the criminal system.

A recognition that, she says, is due to a whole community movement rather than just herself.

“The nomination came as a shock,” she says.

“I am really fortunate to be surrounded by staunch matriarchs, truth-tellers, healers and people who are forever advocating for the resistance and fight for First Nations people.”

“However, the work is not done, and whilst it is an immense privilege (to have this recognition), there are too many of our children, sisters and brothers in places where their voices are not heard, and their rights are not being met.”

It is these unheard voices, she says, that need to be at the front of the national conversation.

Turnbull-Roberts is completing her honours thesis at UNSW, highlighting the recent amendments to the Children and Young Persons (Care and Protection) Act 1998. Her research examines how these amendments disproportionately impact Aboriginal children already over-represented in statutory care.

The law, she says, also plays a big role in the over-representation of Indigenous people in incarceration. Particularly when discretionary powers “are abused and Aboriginal children and young people are targeted”.

“The real change comes from shifting power imbalances,” she says.

“We have a system that is seeing our children go from statutory care through to the criminal justice system…If we are to create real change, we need to undertake an institutional abolition approach.” 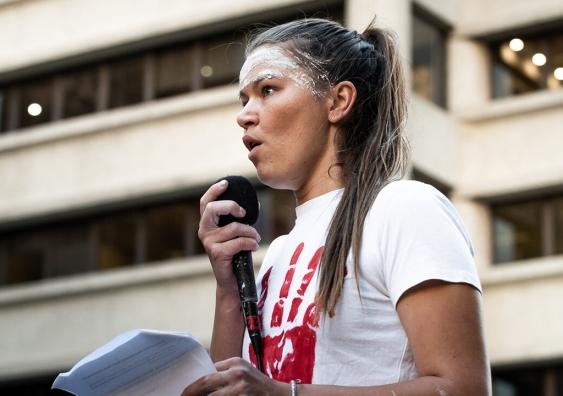 “Vanessa is an extraordinary young woman. She is intelligent and erudite and energetic. She is also courageous. It is not easy to step up and speak out on matters such as child protection or criminal justice,” Professor Davis says.

Professor Davis also highlighted how Indigenous students like Turnbull-Roberts have a role in giving back to their communities.

“At UNSW we promote the ethic of ‘Give back’ – where students and graduates use their knowledge and education to help our community,” she says.

“In law reform, particularly on child protection laws and the criminal justice system, Venessa is giving back; using her position and energy to lead reform initiatives for the community. She is leading the next generation of Aboriginal thinkers and activists. We are very proud to have her at UNSW and UNSW Law.”

For Turnbull-Roberts, the award is recognition for the broader First Nations community and for all those who continue to advocate for change.

“(Being named as a finalist for the award is) for all the people who show up every day, show love and never forget where we come from as First Nations individuals and groups,” Turnbull-Roberts says.

“I am honoured to have been recognised, but this recognition is collective.”

The Human Rights Awards ceremony will be held on 13 December at the Fullerton Hotel Sydney.