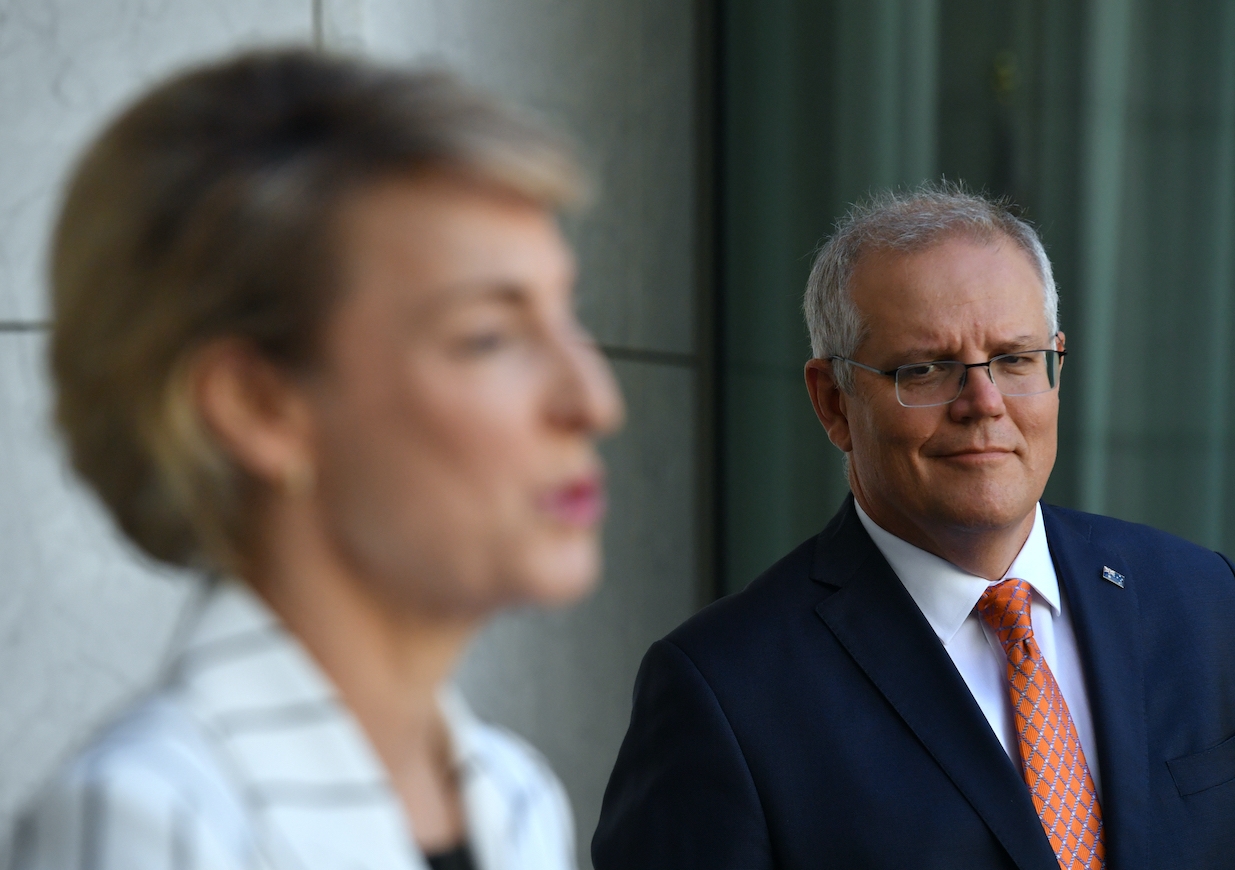 The government's response to Kate Jenkins' landmark report on sexual harassment in the workplace includes several positive measures. On the whole, however, it doesn't go far enough.

Over a year ago, Kate Jenkins, the Sex Discrimination Commissioner, publicly released the Respect@Work report, a landmark national inquiry into sexual harassment in workplaces by the Australian Human Rights Commission.

Jenkins found the prevalence of sexual harassment in Australia to be “endemic”, conservatively estimating the cost to the economy at $3.5 billion per year. The report also documented the long-term health and well-being implications for people (predominantly women) who experience such harassment, and made 55 recommendations to comprehensively reform how Australia responds to and prevents sexual harassment.

Fast forward a year and there has been no meaningful reform, despite a groundswell of public concern and increasing numbers of women speaking out about the sexual harassment they have experienced at their workplaces.

On March 15, as part of the March 4 Justice, a petition of more than 90,000 signatures was delivered to Canberra politicians. A key demand was that the government fully implement the 55 recommendations in the Respect@Work Report.

Light on detail: the government’s response

Following intense public pressure, the Morrison government has finally responded to the report with a plan entitled, “A Roadmap for Respect: Preventing and Addressing Sexual Harassment in Australian Workplaces”.

The roadmap recognises the importance of a preventative approach to stop sexual harassment before it occurs. It also expresses agreement (either in full, in part or in principle) or “notes” the recommendations in the Respect@Work report.

This, however, falls significantly short of a commitment to fully implement all 55 recommendations put forth by Jenkins. For the roadmap to respond effectively to her damning findings, it must deliver radical change to ensure workplace equality in reality.

That said, there is no doubt the groundswell of public condemnation of sexual harassment has meaningfully shaped the government’s response.

All these changes are welcome and, in fact, long overdue. Other aspects of the roadmap will require scrutiny, as further details emerge.

A key hope was the government would strengthen the legal obligations on employers to prevent sexual harassment — known as “positive obligations”. However, the roadmap indicates the government believes this duty already exists in work health and safety laws.

Given Jenkins’ finding of “endemic” sexual harassment in Australian workplaces, this approach has clearly not worked. Furthermore, work health and safety laws are complex and unlikely to be an entirely appropriate approach for dealing with sexual harassment matters.

We should remain mindful of the needs of people who have experienced this type of harassment to have a voice in the process, to tell their story and to receive a just outcome. Given the size of the challenge ahead of us, we should look to strengthen the Sex Discrimination Act with a positive duty on employers to prevent this type of behaviour.

Read more: Sexual harassment at work isn't just discrimination. It needs to be treated as a health and safety issue

This would help create the cultural change Australia needs and bring greater scrutiny of workplaces with significant sexual harassment problems. It would also give important oversight to the AHRC as the expert body.

We also need to watch and ensure the recommendations are followed with increased budgetary support at all ends of the spectrum. This includes everything from the important preventative education work with young people that Jenkins found works, to strengthening the supports available to people who need help when they experience sexual harassment.

The AHRC should be properly empowered to take on the mammoth task of seeing this challenge through to the end.

Further work to be done

There is no doubt that without the bravery of the people who have brought complaints of sexual harassment (usually at a high personal cost), or who spoke to Jenkins or spoke out publicly in recent months, we would not have seen such a recognition by the government about the scale and size of the problem.

In order to fully transform the way in which Australia deals with sexual harassment, the government must consider greater reform in terms of the role confidentiality agreements have in legally silencing people who bring sexual harassment complaints.

People brave enough to bring formal legal complaints of harassment are most often asked to sign a confidentiality agreement in settlement of their cases. These agreements usually prevent them from speaking about what they experienced and can mean serial sexual harassment continues unabated.

They also reflect the power imbalance in sexual harassment cases, with harassers or employers almost always insisting on confidentiality. This means we don’t know which workplaces have sexual harassment problems.

Read more: Politicians need expert help to change culture of sexual violence and impunity. We don't need yet another review to tell us that

Australia should consider following a growing number of US jurisdictions in introducing legislation that only permits confidentiality clauses in sexual harassment settlements when requested by the person who has experienced the harassment.

We need to use the power of the law to change this legally sanctioned silence. This is a powerful way we can work to end the culture of silence and shame around sexual harassment, so anyone who experiences it can feel supported and empowered enough to call it out, whoever the harasser is.

We need to remember Jenkins found that sexual harassment was not inevitable — and was preventable. The way we respond now will determine whether this remains a widespread experience into the future.

Opinion|03 May 2021
Indigenous deaths in custody: inquests can be sites of justice or administrative violence
Investigations and inquests that follow a death in custody can offer insight into what happened. But much work is still needed to make these processes transparent and effective.
Opinion|19 Apr 2021
A world first: Federal Court rules Google has misled users on personal location data
The current review of the Federal Privacy Act could be the beginning of a process to obtain fairer privacy practices for consumers. But any reforms from this review will be a long time coming.
Mentions
Katharine Kemp
Opinion|07 Apr 2021
Kaldor Centre urges against passage of ‘secret evidence’ Bill
On 2 March 2021, Dr Sangeetha Pillai appeared before the Senate, Legal and Constitutional Affairs Legislation Committee inquiry into the Migration and Citizenship Legislation Amendment (Strengthening Information Provisions) Bill 2020. This was her opening statement.
Opinion|06 Apr 2021
Goodwin-Gill at ASIL: UNHCR mandate needs to be updated
UNHCR’s mandate should be rewritten, Professor Guy S Goodwin-Gill told the American Society of International Law’s 2021 annual meeting.
View more