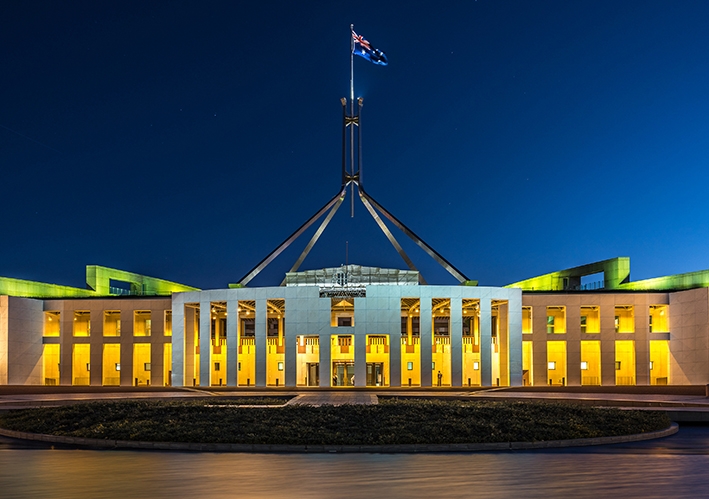 We already know what to do to stop sexual harassment from ruining lives and careers of women working at Parliament. We just need to do it.

Australian politics doesn’t need another report on what needs to be done to fix the problems of bullying and sexual harassment of women in the workplace, argues UNSW Law & Justice’s Scientia Professor Louise Chappell.

Responding to the news that has engulfed federal politics in recent weeks about former staffer Brittany Higgins’ allegations of sexual assault and more recently, the historical allegations of rape against a sitting federal cabinet minister, Prof. Chappell says there are already many reports and guidelines on sexual discrimination and harassment in the workplace available, not to mention examples of codes of conduct in overseas jurisdictions that address these issues head on.

“Having not one, but four inquiries on the go is a serious deflection,” Prof. Chappell says in relation to Prime Minister Scott Morrison's decision to initiate four inquiries into the way parliament handles sexual harassment claims.

“What it demonstrates to us is that there's no clear pathway, because if there was, we would only need one inquiry, or we wouldn’t need an inquiry at all because it would have been handled correctly in the first place and sent to the Australian Federal Police.

“Twelve months ago, Sex Discrimination Commissioner Kate Jenkins handed down the Respect@Work report about sexual harassment in the workplace with very clear, sensible guidelines that should apply everywhere. So far, the Minister for Women has done nothing to implement those recommendations, adding more questions about the value of these additional inquiries.

“We don’t need more royal commissions, inquiries and reviews. What we need is a Code of Conduct with strong sanctions that covers sexual harassment and gender disparities, and we need structural change.”

Prof. Chappell says she has been looking into how other liberal democracies address sexual harassment in the buildings of its law-making institutions. She points to the example of the Parliament of Canada which in 2018 introduced a Code of Conduct for parliamentarians that specifically addressed sexual harassment.

“Canada looks way out in front here in terms of introducing a code of conduct that applies to parliamentarians themselves, but it does not apply more broadly to staffers, and disciplinary procedures are still dealt with by party whips.

“But the fact that there are some sanctions to be applied when these codes are broken is really important.”

And if the Australian government needed any inspiration from overseas, there are also what Prof. Chappell describes as very strong and clear codes of conduct outlined by the United Nations and the Inter-Parliamentary Union – a global organisation of national parliaments to which Australia is a signatory.

So does this mean sexual harassment and gender inequality in Australia are just part of a larger global problem?

Prof. Chappell thinks while there’s no question that sexually aggressive behaviour towards women is a problem in corridors of power around the world, it’s a more exaggerated problem here because of the adversarial nature of Australia’s bipartisan political system.

“Our very partisan political system makes it harder to get agreement around problems of sex discrimination – both parties tend to play politics with the issue,” she says.

“Whenever these issues have arisen all our political parties have tended to try and push these issues into the background even though the parties themselves are the training ground for this bad behaviour in the first place. So I think that's really important that we look at the role of parties in this and whether they might have exacerbated this problem.

“And the other thing that has exacerbated this is the growth of the ministerial offices. So, for instance, in the UK, ministers are supposed to have two advisors. But we've got offices here of eight to 10 people that are led by the minister of the day, with very inadequate legislation governing how those offices work.”

She says ministerial staff are quite unlike regular employees, they’re more like delegates of the minister him/herself. They’re not constrained by the limits that affect departmental bureaucrats, and can never be called before a parliamentary committee.

“So they see themselves as being extremely powerful. It's not surprising that a lot of this bad behaviour is stemming from those ministerial offices and not from the bureaucracies, where there are proper Human Resources policies that run in those offices,” she says.

One thing that has really irked Prof. Chappell in the commentary about the Brittany Higgins case is the talk about ‘safety in the workplace’.

“The thing that has driven me crazy in the last week is this talk ‘we've got to keep people safe in this building’.

“This is not about safety! We’re talking about protecting people from violent crime. That language of safety in the workplace is relevant for someone who’s got to wear a hardhat to protect against falling debris and so on.

“This is about bodily integrity – protecting people from sexual abuse and rape, one of the most serious crimes that we have on the books.”

She worries there could be two unfortunate effects if the Brittany Higgins case is allowed to fade into the public unconsciousness unresolved.

“I do worry we’re sending the wrong message to not only women, but anyone who doesn’t fit into that ‘malestream’ that they’re not welcome to work there – why would you want to work somewhere that everyone says is years behind corporate Australia?

“And the second thing I fear happening is that ministers are going to be very wary about appointing young women thinking they’re going to create high risk for their office and cause political damage to them.”

To counter this problem, two things need to happen.

“First, we need to address gender inequality, and that means better representation for women and minority groups generally to improve diversity in parliament, and that should happen through a system of parliamentary quotas.

“And second, if we're going to deal with this bad behaviour, then we've got to strengthen the rules that exist in and around the workplace, that is Parliament House. And that means strengthening current legislation around the staff in ministerial offices, ensuring there's coverage across all roles in the parliament, and to treat Parliament House staff as employees that have to follow guidelines, like any other employee in the country.

“And bad behaviour needs to be sanctioned. We need to show that such behaviour is unacceptable and won’t be tolerated no matter who does it.”