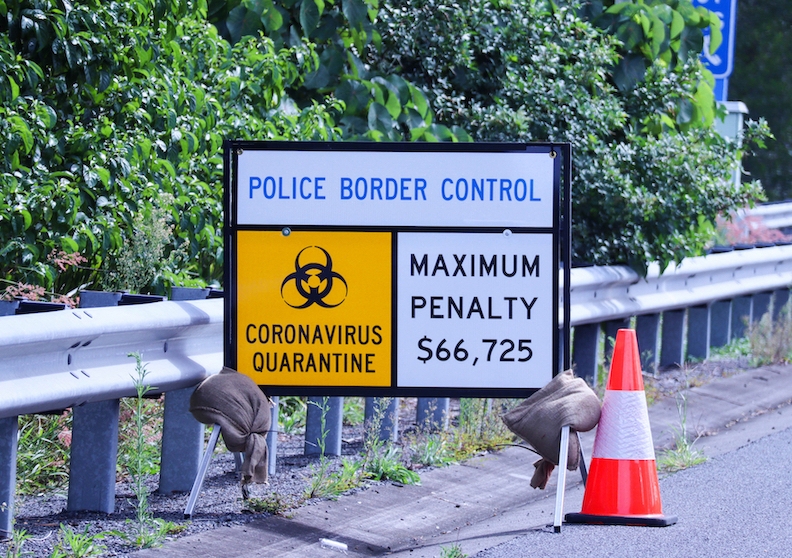 Professor Alison Bashford and Professor Jane McAdam have been awarded an Australian Research Council (ARC) Special Research Initiative (SRI) grant for a project focusing on laws and regulations that have restricted people’s movement within Australia during epidemics and pandemics over the past 120 years. This SRI scheme supports research into Australian society, history and culture.

Professor Bashford is Laureate Professor of History at UNSW Arts, Architecture & Design, and Professor McAdam is the Director of the Kaldor Centre for International Refugee Law at UNSW Law & Justice. The two academics have collaborated on a previous ARC project using their cross-disciplinary historical and legal approach to research immigration restrictions in Britain and its colonies from the late 19th century.

The current project, ‘Rethinking medico-legal borders: from international to internal histories’, is a comparative analysis of four instances where the movement of people in Australia has been up for debate: the plague (1899–1903), 1918–19 influenza, SARS (2002–03) and COVID-19.

The researchers were developing their grant application when the impact of COVID-19 on cruise ships, like the Ruby Princess, was top of mind. While there has been a good deal of scholarship on international border controls, Professor Bashford says the project examines a more complicated and less researched question, namely the regulation of internal movement in the context of communicable diseases.

“Most research to date, in both a legal and an historical sense, has looked at the regulation of national borders. Our project hopes to respond to the coronavirus moment by really deepening our understanding of the legal restriction of movement at national and internal borders,” she says.

“The laws and regulations currently enabling this curious [COVID–19] circumstance of state borders being crossable and uncrossable draw from past laws, regulations and practices, and sometimes quite directly from previous pandemics, especially the 1918–19 flu.”

Professor McAdam says there is a lot of data to work with and it’s challenging to determine precisely what has happened over the past year when it comes to state and territory border closures, and cross-border movement in regional areas and border towns. There are already some interesting parallels with Australia’s response to the Spanish flu, which occurred relatively soon after the Commonwealth was formed.

“As a new entity, the Commonwealth was figuring out what its powers would be and the states, which had been powerful colonies, still retained a lot of control,” she says.

“Even though there was an agreement nationally to determine whether state borders needed to be closed, New South Wales slammed its border shut when the first case of flu was discovered in Victoria. The national agreement was effectively torn up and states were closing their borders. This is history repeating itself in some respects.”

With ‘Rethinking medico-legal borders’, the researchers will revisit their previous work and determine whether coronavirus fits or doesn’t fit the patterns, and what’s new and what’s not.

“Like so many matters within the history of infectious disease, governments have always had to weigh up the rights and duties of individuals and the benefits to population and public health, and this is the circumstance we find ourselves in yet again,” says Professor Bashford.

“But it's a circumstance that echoes plague control, influenza control, quarantining in the past and how governments make people stay in one spot. How do they do so legitimately and what is the public good to come from the isolation, exclusion and limitation of movement of certain individuals?”

The project will also be important for future policymaking, according to Professor McAdam.

“If we make policy in a vacuum and don’t appreciate what's gone before, then we're likely to repeat mistakes or not pick up on practices that were very effective at the time.”