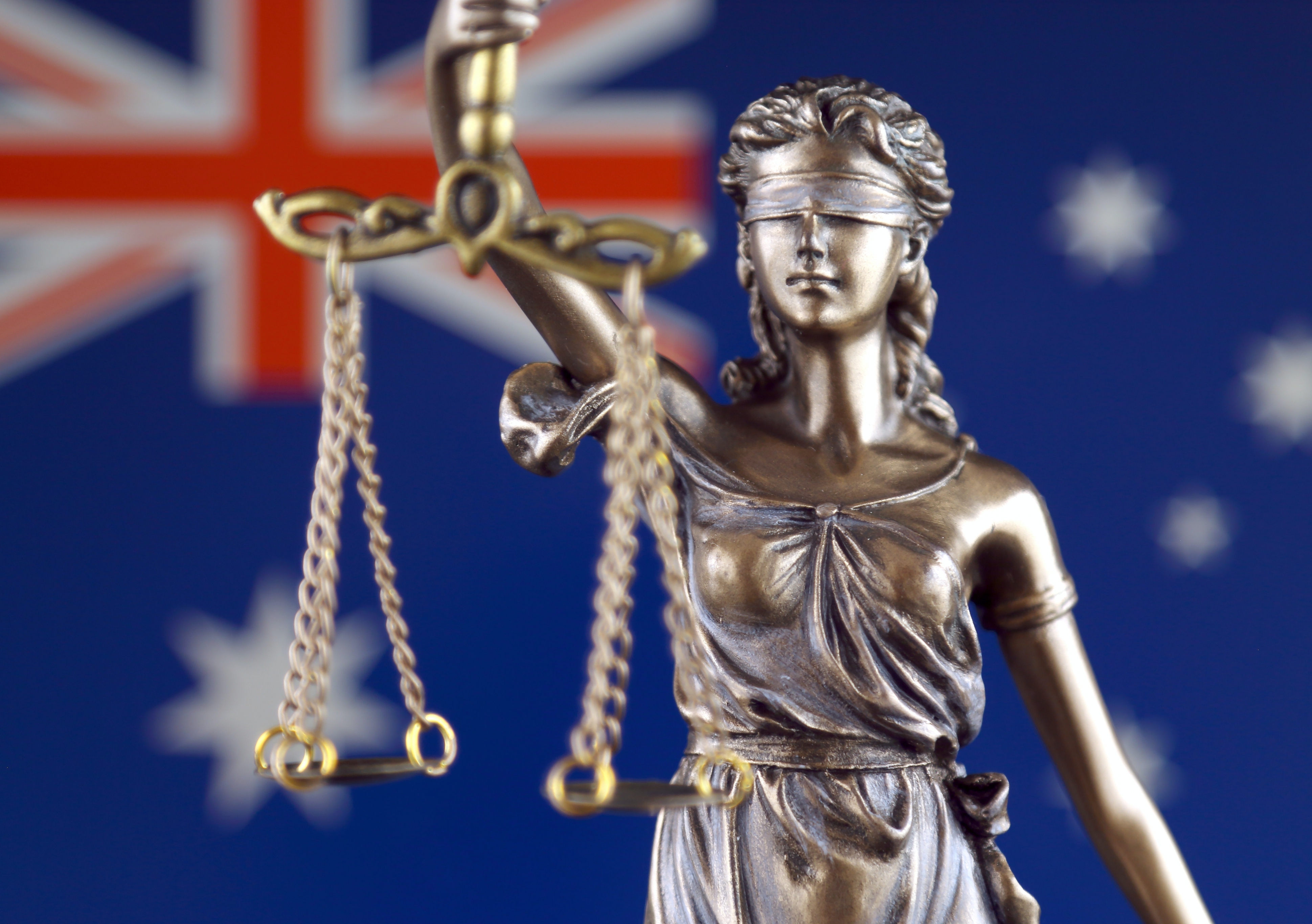 This case is important because it represents a rare litigation win for an asylum seeker. He doesn't automatically get the right to stay in Australia, but he's won damages — and that's unusual.

In a significant judgment, Federal Court judge Geoffrey Flick on Monday ordered the Australian government to pay $350,000 in damages to a Iraqi asylum seeker who was found to have been unlawfully held in immigration detention for over two years.

It’s an important case because it represents a rare litigation win for an asylum seeker. While the asylum seeker doesn’t automatically get the right to stay in Australia, he has won damages — and that is unusual.

This case (and another known as “the AJL20 case”, which we’ll get to later) open the door to the possibility others in the same position might also be able to claim damages.

It leaves open the prospect of compensation claims for asylum seekers who have been in detention, where no effort has been made to remove them.

The facts of the case

The asylum seeker — a 26-year-old man referred to only by the pseudonym “MZZHL” — arrived in Australia by boat in 2012. He applied for a protection visa, and was rejected. He appealed, twice, and was unsuccessful. Despite this, it’s possible that MZZHL may be a genuine refugee. As Justice Flick noted in his judgment, information that emerged much later suggests that the decision to reject his protection claim may have relied on incorrect assumptions.

While his appeals were underway, and for some time after, MZZHL was allowed, by ministerial discretion, to live in the Australian community on a bridging visa. Eventually this bridging visa expired.

Under Australia’s Migration Act, a non-citizen who does not hold a valid visa is an “unlawful non-citizen”, and must be detained in immigration detention.

In circumstances like MZZHL’s, where options to apply for a visa have been exhausted, this detention must be for the purpose of removal from Australia, and the government must seek to remove the non-citizen from Australia “as soon as reasonably practicable”.

MZZHL was taken into immigration detention in August 2018, and the Department of Home Affairs made initial efforts to arrange his removal from Australia. In October 2018, he made a request in writing to be removed to Iraq, which the department made attempts to fulfil.

Up to this point, Justice Flick found that MZZHL’s detention was lawful, because it was for the purposes of removal from Australia, and the government was making active efforts to remove him as soon as practicable.

When did the detention become unlawful?

In March 2019, MZZHL withdrew his request to be removed to Iraq. He feared if he returned his life would be in danger, because authorities had come searching for him and had burned his family home to the ground.

At this point, the government ceased any efforts to remove him from Australia. It did not explore the possibility of finding a country other than Iraq that might have been willing to accept him.

The government also did not explore the prospect of sending MZZHL to Iraq against his will.

This might seem like a good thing, given that a forced return to Iraq may have exposed MZZHL to harm, contravening Australia’s non-refoulement obligations under international law.

However, section 197C of the Migration Act says that, for the purposes of removing a non-citizen from Australia, Australia’s non-refoulement obligations are “irrelevant”. Section 197C has been amended in the last fortnight, but, at the time MZZHL’s case was heard, it required the government to actively seek to remove him to the first available place — even if this was somewhere where he might face grave harm.

The Commonwealth accepted that, by failing to take active steps to pursue MZZHL’s removal, it had breached its obligation to remove him from Australia as soon as practicable. Nonetheless, it argued MZZHL’s detention was lawful because it was for the legitimate purpose of removal.

Justice Flick disagreed. He held that

the pursuit of any “purpose”, let alone a “purpose of removing [MZZHL] from Australia” had been abandoned.

On this basis, he found MZZHL had been unlawfully detained.

As Justice Flick noted, there was another option available to the government.

The immigration minister has a power, under section 195A of the Migration Act, to grant a visa to a person in detention, where this is in the public interest. The minister has no duty to consider exercising this power — it is simply an option available to them.

On May 4, the first day that MZZHL’s case was listed for hearing, the minister exercised the power under section 195A to grant him a bridging visa. This is not a long term right to remain in Australia, merely an option to live in the community instead of detention until departure becomes possible.

Justice Flick also noted the Commonwealth could have considered whether MZZHL had additional protection claims that had not been determined, in light of the evidence of attacks on his family home, and other information suggesting that, contrary to earlier assessments, he may have been an Iraqi citizen.

For over two years prior to the hearing, none of these options were pursued, and the government also made no efforts to remove MZZHL from Australia. It simply did nothing.

The Commonwealth argued that even if MZZHL’s detention was unlawful, the only available remedy was a court order demanding that it fulfil its obligation to pursue MZZHL’s removal.

Justice Flick disagreed. He concluded MZZHL had been unlawfully deprived of his liberty, and should have been released from detention “soon after March 2019”.

He awarded MZZHL $350,000 in damages, calculated in a similar manner to that used in false imprisonment cases.

What next? The future is uncertain for MZZHL

The Commonwealth appealed to the High Court, which is yet to deliver a judgment. It remains to be seen whether the outcome of the AJL20 appeal will affect the MZZHL finding.

If the Commonwealth loses, both Federal Court decisions will stand.

But even if the Commonwealth succeeds in overturning the Federal Court decision in AJL20, the decision in MZZHL may stand, because Justice Flick used slightly different reasoning to Justice Bromberg.

Whatever the outcome in the AJL20 appeal, the future is uncertain for MZZHL. He is currently on a bridging visa, but still has an obligation to leave Australia.

The minister has the option to grant him another opportunity to apply for a protection visa.

If this isn’t granted, and his bridging visa expires, he will once again face detention and removal, albeit under a statutory regime that has seen some recent changes.

Read more: With billions more allocated to immigration detention, it's another bleak year for refugees

Opinion|18 Jun 2021
ACIC thinks there are no legitimate uses of encryption. They're wrong, and here's why it matters
People have plenty of legitimate reasons to use encrypted communications platforms such as WhatsApp or Signal for their own security and privacy.
Mentions
Lyria Bennett Moses
Opinion|17 Jun 2021
US lawmakers are taking a massive swipe at big tech. If it lands, the impact will be felt globally
The five bills would apply to Apple, Amazon, Facebook and Google. If some (or all) of them become law, we can expect some major changes in how they do business.
Mentions
Katharine Kemp
Opinion|17 Jun 2021
Resettling refugees in other countries is not working, nor is it fair. So, why is Australia doing it?
The Home Affairs Minister says Australia is exploring resettlement overseas for 'broad cohorts' of people. But such deals do not get Australia off the hook.
Mentions
Claire Higgins
Opinion|15 Jun 2021
Morrison's dilemma: Australia needs a dual strategy for its trade relationship with China
Australia's Prime Minister wants reform of the World Trade Organisation to rein in China's "economic coercion". But it also needs to constructively engage with China on that reform.
Mentions
Weihuan Zhou
View more